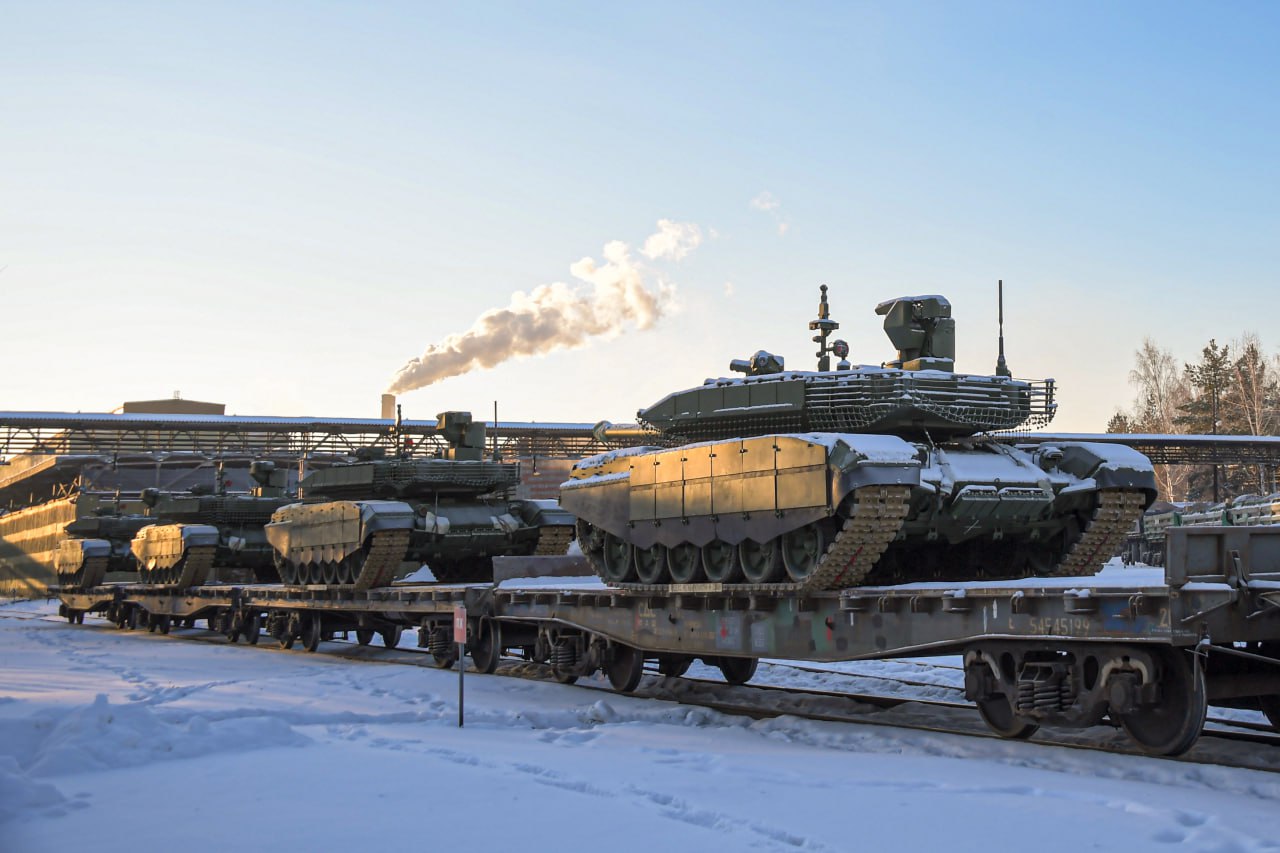 Uralvagonzavod of the Rostec State Corporation has successfully completed another contract for the supply of T-90M "Proryv" tanks. A batch of armored vehicles has already been sent to the Russian Ministry of Defense, the agency's website reports.

“The employees of the Nizhny Tagil plant are the best specialists in the field of tank building. Today, their mastery is confirmed by one of the most modern tanks in the world - the T-90M "Proryv" tanks. They have a new tower, a new generation of dynamic protection, a new gun, modern means of communication, a more powerful engine, and much more. They are equipped with modern equipment that allows the tank crew to effectively hit targets. UVZ completed the task set under the state defense order on time,” said Deputy Prime Minister of the Russian Federation, Minister of Industry and Trade of the Russian Federation Denis Manturov.

Tagil tank builders have a long tradition: a small Christmas tree is placed on the body of the vehicle that will complete the contract. Together with the tank along the production chain, it moves from unit to unit. As factory historians emphasize, this tradition appeared during the Great Patriotic War, when "thirty-fours" rolled off the assembly line of the Ural Tank Plant No. 183. The production of tanks in Nizhny Tagil was then deployed within three months, and the first echelon of T-34s left the assembly shop on the eve of 1942. In the Soviet years, factory workers celebrated the completion of the annual plan for the production of special equipment with a Christmas tree. Now - the execution of the contract in the framework of the state defense order.

Today, the division where the tank conveyor is located operates around the clock - just like other UVZ mechanical assembly shops. The staff of the Nizhny Tagil enterprise is doing everything possible for the successful fulfillment of tasks of national importance.
Больше информации об этом исходно